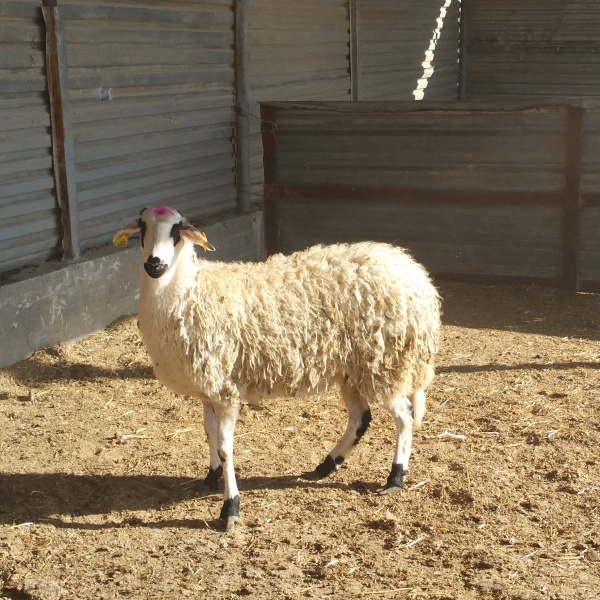 The Chios Sheep originates from the Greek island of Chios and were imported into Cyprus some 60 years ago. They have been kept in pure bred flocks and used for the upgrading of the local indigenous sheep. The animal is undoubtedly the most suitable for intensive systems of sheep production since it is characterized by early maturity virtually non seasonal breeding, high prolificacy and high milk production. The body weight of rams is approximately 80 kilos, of ewes 65 kilos, the tail is semi fat and normally Cone shaped.

Chios ewe lambs reach sexual maturity at 7-8 Months and a United Nations Development Program, Food and Agricultural Organization Livestock Production improvement Project showed that the percentage of lambs mated at 12 months of age was 94% for Chios as opposed to 59% for The Awassi. The ewes usually produce twins, sometimes triples and even although rarely, quadruplets and prolificacy expressed in terms of lambs born per ewe lambing was 1.89 born live.

In Cyprus, income from the sale of milk represents approximately 50% of the total income of a sheep until and therefore the total milk yield per lactation of approximately 350 kilos indicate that the Chios is an extremely economically viable animal.

Meat production from Chios sheep is also appreciable, considering the high prolificacy of the ewe and the noticeable growth same of lambs. The average growth rate of the lambs is between 200 and 300 per day, depending on sex and type of birth.

There are no reviews yet.

Be the first to review “Cyprus Chios Sheep” Cancel reply